The Year of the Audit: Stand Your Ground with Payers 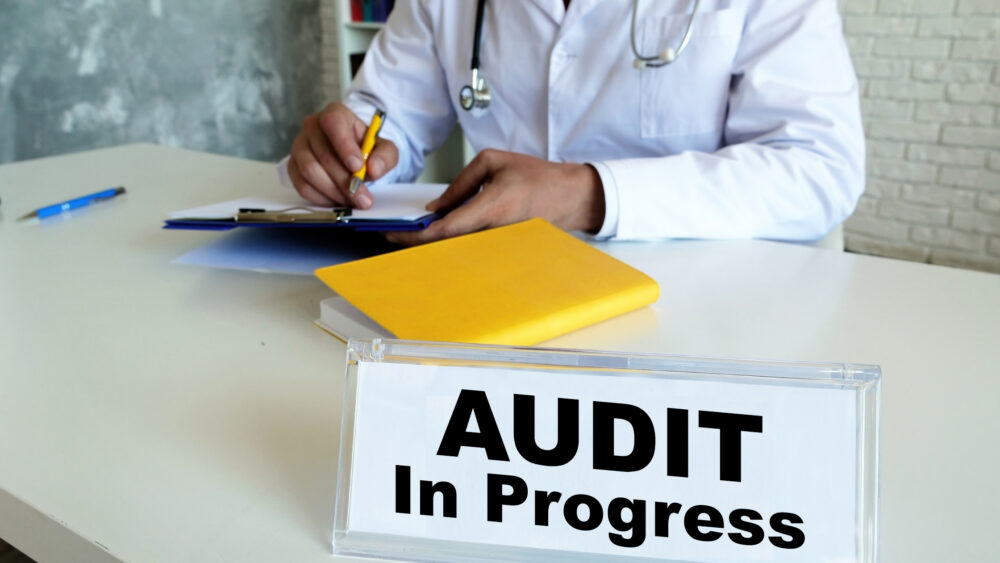 Welcome to 2021, “y’all” – as we say down yonder in the beautiful South! Let me begin by making it clear that the issues discussed in this article are not specific to any particular commercial or federal healthcare payer or program. Nor do I intend to disparage those payers that utilize third-party contractors to do their audit reviews. Over the years I have worked with so many wonderful and talented auditors and professionals at Blue Cross Blue Shield payers, UHC, Aetna, CIGNA, Humana, Medicare carriers, etc. and the ability to reason and collaborate with them has always been something my clients and I appreciate. However, occasionally you run into a situation that makes you pause and wonder, “Are they for real?” I mean no offense towards any reader who may be associated with a payer; this article is not intended to be a shot against them but rather sharing experiences that could help everyone.

This first week of January has been nothing short of mind-boggling. On January 4, my team and I kicked off the New Year with an “exit call” with the Office of Inspector General (OIG) regarding a client in the Midwest who was audited for Inpatient Facility Rehabilitation (IFR) and Inpatient Hospitalizations. The initial demand for overpayment exceeds $4 million, but during the call the OIG team refused to provide the credentials of their reviewers who produced the findings in this matter. We will file a Freedom of Information Act (FOIA) request to address this and, should the case advance to an Administrative Law Judge (ALJ) hearing or trial, the credential information will have to be provided. An investigation by our in-house team of auditing experts identified multiple issues with the contracted reviews who performed the audit on behalf of OIG, including a potential failure to comply with the Jimmo Settlement (the “illegal improvement standard”) as well as using subjective language in guidance documents to push a narrative supporting a potential violation. These are all issues that will be addressed in future proceedings. The biggest issue we had with this audit centers around the “medical experts” the OIG relied upon for this review and the fact they made ludicrous assertions, such as claiming that stroke patients who would benefit the most from IFR were not eligible for the services. The odds are that the OIG relied on contractors who simply lack the requisite experience and skills in IFR, and as such, misused or misinterpreted the OIG’s guidance documents with respect to the Jimmo Settlement. Our best estimate at this point is the sample frames used by OIG will be invalid given the significant reduction in the error rate once all arguments are heard resulting in actual damages for this client being significantly less.

The second case involved a payer in New York that issued an initial demand against our client for more than $832,000. What was interesting about this case is the payer extrapolated damages based on what they claimed to be a statistically valid sample. However, our team audited a sample and found an error rate for a group of E/M codes was less than 5 percent; when the payer re-audited the cases with a second auditor, they stated that their initial audit was wrong and admitted that because they did not perform a statistically valid sample as claimed, they were now willing to throw out overpayment demands for those E/M services. The best part is that the payer said they use an internal credential called “Certified Coder;” when I asked about their internal certification process and how it compared to AAPC credentials such as CPC, CPMA, CCS-P, etc., they stated the information was proprietary. They should reconsider their standards for internal auditors given the inaccuracy of those audit results. The remainder of the audit relied on a set of subscription- and evidenced-based guidelines that provide “best practices.” Because the payer could not produce any actual internal policies and were unable point to any language in their contract, participation agreement or any legally binding document that would require our client to follow those guidelines, we pushed back. The initial demand went down to $151,000 and we expect this amount to be cut in half or even eliminated altogether given the failures of this payer’s audit team and the lack of published guidance for the services in question.

I have four more cases this week I’m working on, each with their significant flaws, which means we will be pushing back on those as well. So the lesson here is that you must do your research, locate specific payer policies, utilization guidelines, participation agreements, contracts or any other published guidance documents when you perform audits. Just as importantly, if such documents cannot be found, search for authoritative guidance from peer-reviewed papers, specialty society publications, and guidance from the AMA, CMS, etc. so that when a payer tries to argue that “you should have known” or “the provider was obligated to know,” you can push back and ask them for their binding guidance documents that could place the responsibility on you or your providers.

There is no doubt 2021 is going to be a rocking year for our industry in terms of payer audits: TPE, MAC, OIG, RAC, MIC, CERT and SIU as well as other types of audits are just getting into full swing. With a massive increase in potential targets thanks to the huge surge in 2020 telehealth services and patchwork of COVID-19 waivers that only apply during the Public Health Emergency, I expect 2021 to be “The Year of the Audit!”

Healthcare Compliance: A Unique Opportunity to Impact the Business Side of Medicine
May 27, 2022

Navigating the UPIC Investigation from a Compliance Consultant’s Perspective
May 20, 2022

The Mechanics vs. the Intent of the Code
May 5, 2022
SUBSCRIBE TO OUR BLOG