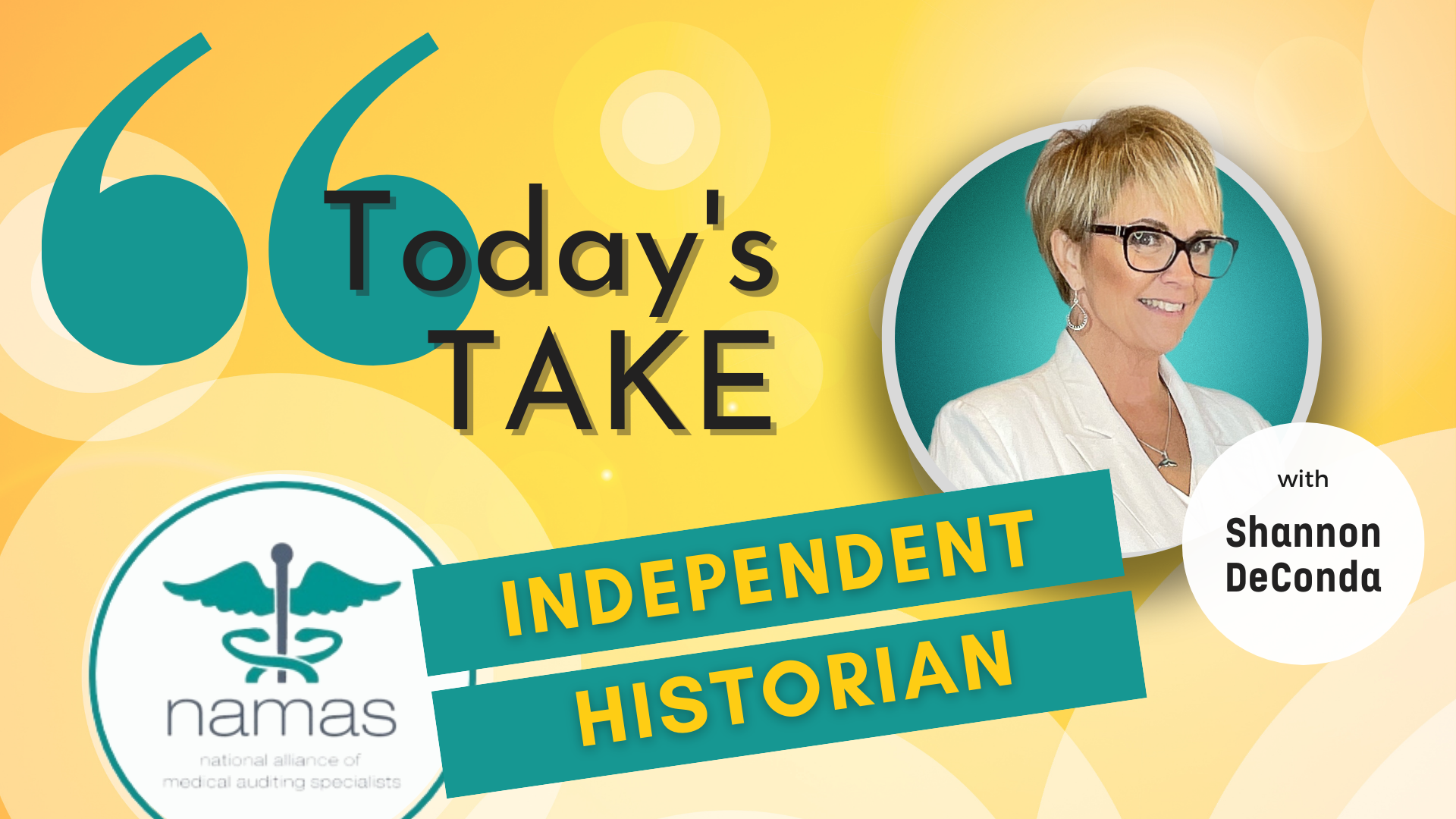 Tough topics and gray guidelines are what we like to cover in these “Takes,” and this one is no exception. Independent Historian did get cleared up somewhat with 2021 guidelines, but there are still some nuances there.

The definition specifically states that an Independent Historian is used to provide history in addition to history provided by a patient who was unable to provide a complete or reliable history or because a confirmatory history is judged to be necessary.

Now, what does this do in the world of, say, Pediatrics or Geriatrics? Should we also be requiring the provider to validate the need for an Independent Historian? I mean, we do require providers to have medical necessity for most everything they do, correct? When a provider is performing a procedure, we require that the provider have medical necessity or clinical indications for that procedure. If a provider is ordering the service, there are clinical indications. So, if they are going to have an Independent Historian, shouldn’t they validate the need for the historian? Shouldn’t they identify that the patient has dementia? If we want them to document that a patient who is 65 or 70 has dementia-related needs or a patient who is 40 that has psychosis and requires a Historian, then why do we require it for some and not for all?

You need to create an internal policy as to what your expectations are. Whether in a pediatric setting, in a geriatric setting, in the ED setting, or the inpatient setting, what do you expect? Who is the Historian? What information the historian provided, and realistically, why was a historian required during that independent encounter for the provider?

Just some food for thought. Look at the rule, break it down for yourself, and have a meeting with your compliance team to determine what would be best practices for your organization. You can find this on the 2023 expansions of the 2021 guidelines on page 17.

I hope this has been helpful knowledge for you today. If you have any questions or comments about this, don’t hesitate to contact me at any point in time at namas@namas.co. You can also take a look at my video on this topic on the NAMAS YouTube channel (be sure to subscribe!).