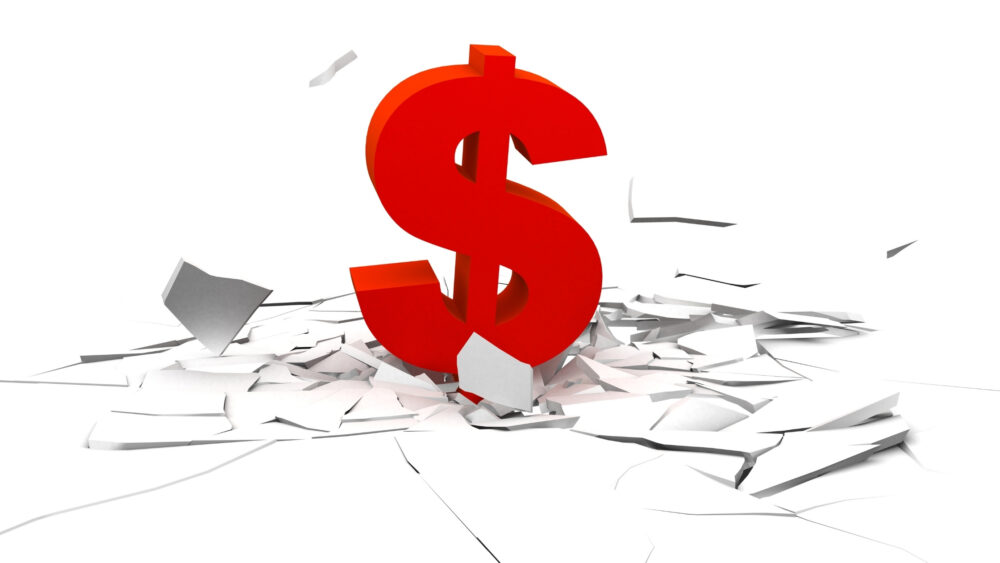 2021 has lived up to what, in my mind, I’ve dubbed back in December of 2020 “The Year of The Audit”. The number of “raids”, resolution agreements, settlement agreements, and audits by RACs, SMRCs, UPICs, and SIUs have led to an increase in anxiety for providers, administrators, and C-suites at large group practices, hospital networks, and integrated delivery health systems. In July, The Department of Health and Human Services and Justice has released their annual Health Care Fraud and Abuse and Control Program for Fiscal Year 2020. So, what does the report say?

So, what does all this mean? The simple answer is the Attorney General and the Secretary of HHS set specific program goals moving forward, which are not all that different from the goals already in place:

I am a visual person, so if you are like me, let’s look at this in chart form: 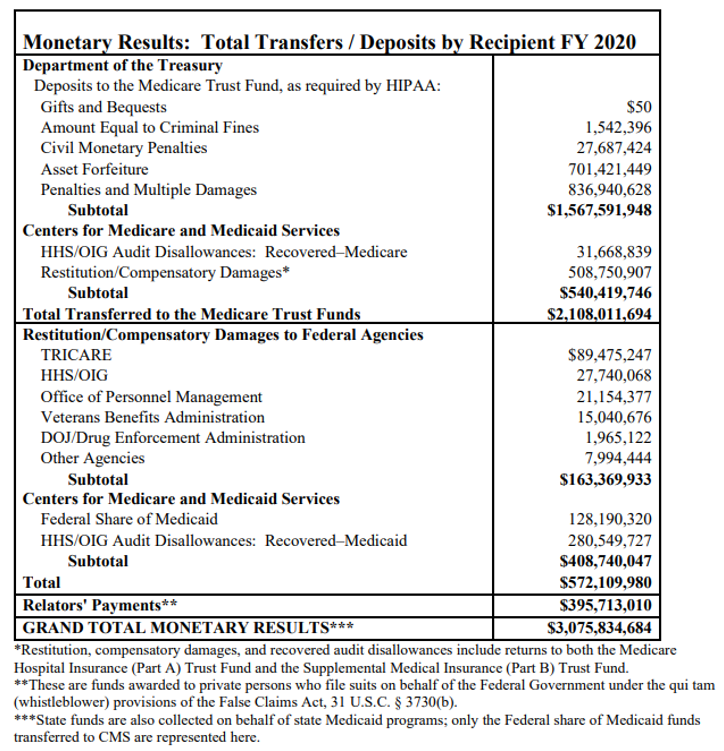 Below is a breakdown of expenditures for the $308.7 million in mandatory funding for the program less the $11 million in sequestered money as required by law. It should also be noted the Congress appropriated an additional $786 million in discretionary spending: 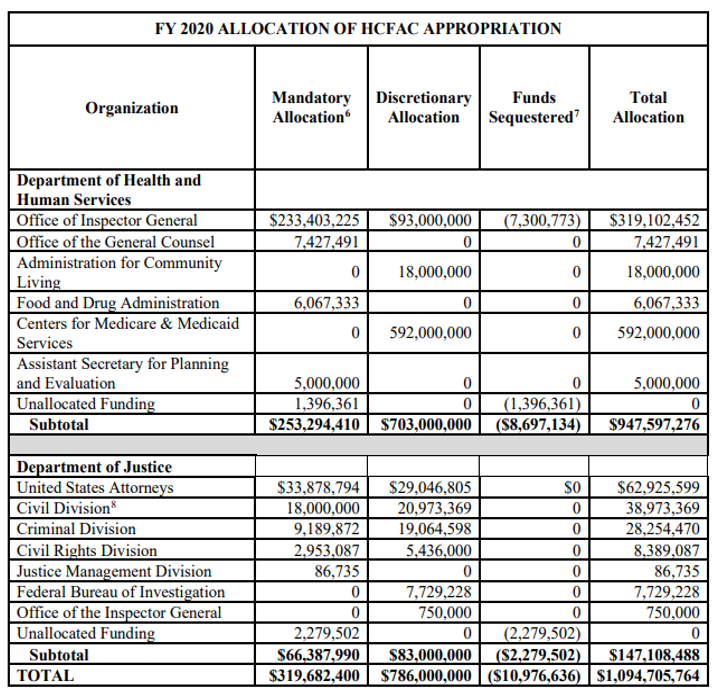 The last aspect I want to address is the National Rapid Response Strike Force (NRRSF). In 2020, the NRRSF was created, which is comprised of dedicated prosecutors who target large-scale and multi-jurisdictional schemes occurring across the country.

Since its inception, the Strike Force has proven to be a significant weapon for the government in its quest to combat Fraud, Waste and Abuse in the healthcare program. In fact, prosecutors filed more than 2,100 cases charging more than 4,600 defendants who collectively billed federal health care programs and private insurers approximately $23.0 billion; more than 3,000 defendants pleaded guilty and over 390 others were convicted in jury trials; and more than 2,800 defendants were sentenced to imprisonment for an average term of approximately 50 months.

In the coming weeks, I will break down more of this 120-page report issued by the Departments of Health and Human Services and Justice. Stick around because there is so much more to come… There is no doubt that 2022 will be “The Year of the Audit on Steroids”!

Healthcare Compliance: A Unique Opportunity to Impact the Business Side of Medicine
May 27, 2022
SUBSCRIBE TO OUR BLOG